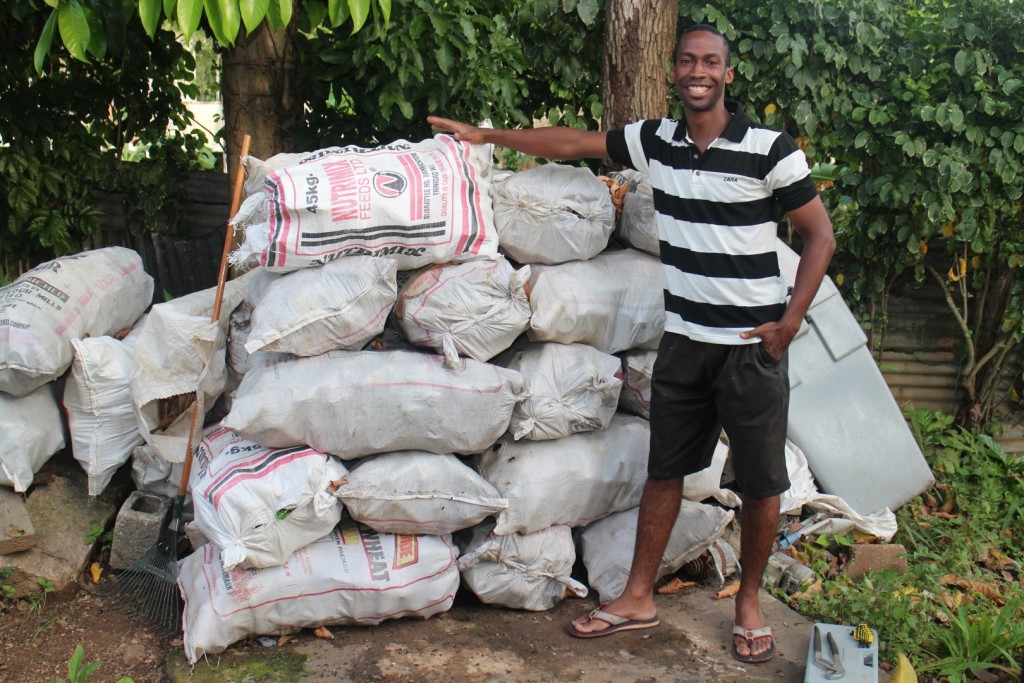 For the past fifteen (15) years, Youth Business Trinidad and Tobago (YBTT) has been providing holistic support to young persons within the age group 18-35 years, who are interested in starting their own businesses. The suite of services offered include Training, Loan Financing and Mentoring.

Trading as “Blue Earth Re-Cycling Technology Company”, Andrew Julien has been one of the earlier beneficiaries of YBTT’s support. By virtue of its genesis, Julien’s business would be considered by many to be unusual, as it involves collection of bottles in the Beetham Landfill for resale to Carib GlassWorks Limited along with other suppliers. However, he has been able to traverse the path of success, to the extent that he is now able to motivate and inspire other youths in converting their ideas into sustainable business endeavours.

Julien’s entrepreneurial journey began in early 2010 with his first business “Seminars Plus for Self-Development” which started off as a hobby. “I taught people how to use Astrology for self-development along with motivational speeches and stories to help them become better individuals” said Julien. In the midst of his entrepreneurial trek, various challenges emerged which did not deter but rather increased his discipline and self-determination. As he puts it “I spoke to the Lord and asked for the gift of discernment – the ability to identify an opportunity and run with it.”

Many businessmen have alluded to the fact that business ideas can generate from anywhere and at any time, and this was the same for Julien, who got the idea for his business during his employ at a hotel. “Whilst picking up the bottles, I got an amplified aura which caused me to question not only the importance, but also the potential profitability in the collection of bottles” stated Julien. He then connected with Carib GlassWorks Limited and the rest is history.

Despite the fact that he receives accolades from many corners of the national community, Julien has a huge vision for the expansion of his business which would generate employment opportunities for other aspiring young entrepreneurs. His advice to youths “Learn to stay focused and avoid the distractions.”

Published in the Trinidad and Tobago Newsday on Thursday, June 4th, 2015